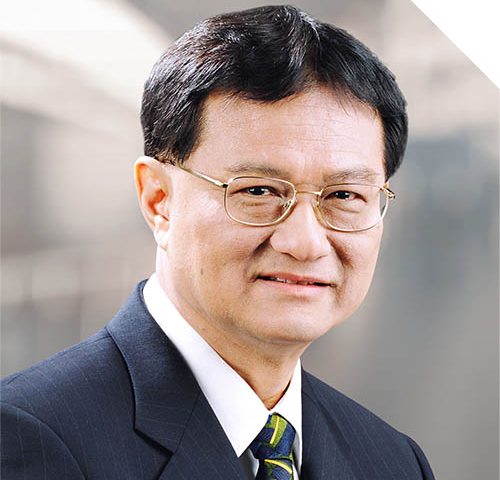 2005
Special Award for Development of Hospital Brand of China, 2004

Dec 2005 Deputy Director, Board Director, and Executive Director of the Guangdong Hospital Association; Honorary Chairman and Vice-Chairman of the Health Food Association of Guangdong (HFAG)

Dec 2007
Member of the China Association for Chinese Medicine

Dec 2008
Director of 6th Committee of the Guangdong Society for Pathophysiology
Awarded Honorary Consultant of the China – Hong Kong Society for Medical and Health Care, and Top 100 Managers of China, for his hospital administrative leadership over the past 10 years

1. The Alternative Medicine Center of Clifford Hospital, which opened in 2000, is the first of its kind in China, offering diagnosis & treatment, teaching, and research.

2. Developer of the Nontoxic Integrative Approach to Cancer Treatment, which integrates TCM with Western Medicine. His speech on this topic at the 3rd World Conference on Integration of TCM with Western Medicine enjoyed a tremendous response. This approach is the result of a successful integration of both medicines, a step forward for TCM in the global medical world, and a blessing for cancer patients.

3. Continued practice and research in the study of Traditional Chinese Medicine (TCM), while promoting TCM acceptance in the medical world. Developed detoxification for health improvement based on Western chelation therapy, TCM, and modern nutrition. This approach is unique in Clifford Hospital’s treatment of cancer.

4. Leading research titled The Effect of Alternative Medicine Plus Hyperthermia on the Immunity Function of Cancer Patients in Middle and Late Stages (GDTCM [2005] No. 27, Project Number: 1050098) assigned by the GD Administration of TCM.

5. Undertaking research on A View on the Healing Effect of Nontoxic Comprehensive Therapies for Colon Cancer in Middle and Late Stages (Project Number: 2007-Z-69-1) assigned by the GZ Panyu Science and Technology Bureau.

7. A Study of Nontoxic Integrative Cancer Treatments, with 591,000 words, published in October 2008 by the China Press of Traditional Chinese Medicine.

1. ‘A New Approach to Cancer Treatment – Nontoxic Integrative Therapies’, published in 2006, 6 (12) by the Journal of Modern Hospital (rated “Excellent” by Chinese Medical Association at a national tumor conference)

2. ‘The Progress of Clinical Application of Vitamin C’, published by Modern Internal Medicine, 2007, 4 (2) (rated “Excellent” by the editing panel)

3. ‘A Systematic Practice for Quality Improvement in Clifford Hospital’, published by the Journal of Modern Hospital, 2008.4

5. ‘A Study of the Protective Effects of Intravenous Injection of Vitamin C on Implanted Hepatocarcinoma in Rats’, published by the Journal of Southern Medical University, 2009, 29 (2)

6. ‘A Study of Fu-Zheng-Kang-Ai Herbal Remedy on Implanted Hepatocarcinoma in Rats’, published by the China Journal of Traditional Chinese Medicine and Pharmacy, 2009, 24 (6)

7. ‘An Experimental Study and Analysis of Fu-Zheng-Kang-Ai Herbal Remedy on Implanted Hepatocarcinoma in Rats’, published by the Chinese Journal of Pathophysiology, 2009, 25 (4)

9. ‘An Initial Report on the Treatment of Radiation Skin Damage using Ozone Therapy Bagging Approach’, published by the Tumor Journal of the World, 2008, 7 (3): 237-238

11. ‘Acupuncture Against Cancer Pain’, collected into Papers for World Symposium on Acupuncture-against-Pain, 2009, 5

12. ‘Nontoxic Integrative Approach to Cancer Treatment’, collected into Papers for 3rd World Symposium on Integration of TCM with Western Medicine, 2007, 9