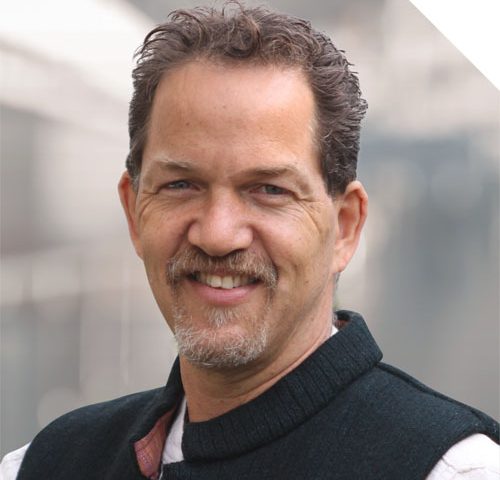 Professor Marc Cohen is one of Australia’s pioneers of integrative and holistic medicine and has made significant impacts on education, research, clinical practice and policy. He is a registered medical practitioner with degrees in western medicine, physiology and psychological medicine along with PhDs in Chinese medicine and biomedical engineering. In 2002 he became Australia’s first Professor of Complementary Medicine and Head of the Department of Complementary Medicine at RMIT University, which was the largest such department in the country with around 100 staff and 1000 students.

Prof Cohen served as Professor of Health Sciences in the School of Health and Biomedical Sciences at RMIT University from 2002-2019 where he supervised postgraduate research students, performed research in the area of wellness and complementary medicine, lead online postgraduate and undergraduate Wellness Programs and Courses, and Co-ordinated Courses on medical diagnosis and medical examination. He is now Adjunct Professor at the National Institute of Complementary Medicine (NICM) Health Research Institute at Western Sydney University and Director of the Extreme Wellness Institute. He has previously supervised 8 Honours, 7 PhD and 2 Masters students and is currently primary supervisor for 6 PhD students.

Prof Cohen is a Board Member of the Global Wellness Summit, Past-President (from 2000-2007) of the Australasian Integrative Medicine Association (AIMA), a Member of the RACGP-AIMA Joint Working party on Integrative Medicine and the AIMA Inter-professional Communication Working Group (AICWG), and sits on the Editorial Board of five international journals. Prof Cohen has previously held positions as Senior Research Fellow in the Centre for Medical and Health Sciences Education at Monash Expert Advisor to the TGA Complementary Medicine Evaluation Committee, Member of the NHMRC Grant Review Panel on Primary Healthcare, Member of the Scientific Advisory Committee for the National Institute of Complementary Medicine and multiple ministerial appointments on Registration and Accreditation Panels, He previously held the position as Director of the Centre for Complementary Medicine at the Monash Institute for Health Services Research.

As a medical practitioner and researcher Prof Cohen has pioneered the introduction of complementary, holistic and integrative medicine into mainstream settings. He has been involved in two landmark surveys of Australian General Practitioners and their attitudes towards, and use of, complementary medicines, which were instrumental in the development of the AMA policy on complementary medicine. He helped establish the RACGP-AIMA Joint Working Party on Integrative Medicine and the AIMA Inter-professional Communication Working Group (AICWG) and has been involved in establishing acupuncture as a form of standard care in emergency department settings and developing hospital policy on practitioner accreditation. He has coauthored high level reports including a report for the World Health Organisation on quality assurance in CM education, reports for the National Asthma Council on complementary medicine in Asthma, and a report for the Victorian Department of Human Services on the risks and regulatory requirements of naturopathy and western herbal medicine.

Prof Cohen has published more than 100 peer–reviewed articles, authored more than 20 book chapters and edited 8 books on holistic health. He co-authored the landmark text; “Herbs and Natural Supplements an Evidenced Based Guide”, with the first two editions being short-listed for an Australian Publishing Award in the scholarly reference section. He is also co-editor with Oxford University’s Prof Gerry Bodeker of the landmark text ‘Understanding the Global Spa Industry’ which is the first academic book documenting the global spa and wellness industry. He has previously written regular monthly columns for Prevention Magazine and is regularly requested to examine PhD thesis from local and international universities and review articles for numerous scientific journals.

Prof Cohen has extensive experience in running clinical trials and other multidisciplinary projects. He has been involved in running more than 10 industry-funded randomized controlled trials as well as being CIA on two NHMRC funded trials on the use of yoga for geriatric insomnia and the use of acupuncture for analgesia in Emergency Departments. Prof Cohen is currently involved in research into various aspects of holistic health including the use of herbal teas to enhance human metabolism and performance, the health impacts of saunas, hot spring bathing and health retreat experiences, and the use of various lifestyle interventions for detoxification from environmental chemicals.

Prof Cohen has been one of the most active people in Australia when it comes to organising conferences on holistic and integrative medicine. He has organised more than 10 International Holistic Health Conferences and in 2003 he chaired the Organising Committee for the First World Congress on Chinese Medicine. He also organised the Complementary Medicine Symposium at the XIIIth World Congress on Clinical Pharmacology and Therapeutics as well as organising the RMIT School of Health Sciences Research Conferences from 2005-2007. He sat on the Scientific Committees for the Third International Conference on Complementary Medicine Research and National Prescribing Service Scientific Conference and currently sits on the Board of the Global Wellness Summit. In this last role he has been involved in commissioning and conducting landmark econometric research into the global wellness economy and been instrumental in the development and implementation of the free online evidence-based portal wellnessevidence

As well as organising conferences, Prof Cohen is a sought after speaker and has presented at over 100 conferences including more than 50 international and 50 national conferences in Australia, Germany, Morocco, Mexico, the United Kingdom, India, Indonesia, Turkey, Germany, Austria, Bulgaria, Switzerland, China, Japan, Taiwan, Thailand, Singapore, The Philippines, New Zealand, the United States and Hong Kong. Prof Cohen’s impact on the field is recognised by the media and he has contributed to more than 100 articles in the print media including a biographical piece in the Medical Journal of Australia, two full page biographical pieces in the Melbourne Age and extensive biographical pieces in ‘Wellbeing’ and ‘Spa Life’ magazines. He is frequently quoted by media outlets including multiple interviews on news programs and news-talk programs including Channel 9 News, Channel 7 News, ABC National News, Today Tonight, A Current Affair, Health Dimensions, Good Medicine, Today Show. Sunrise, Features on ‘The Nature of Healing’, (SBS) and ‘Second Opinion’ (ABC) as well as articles in most major Australian papers including: The Australian, The Australian Financial Review, The Sydney Morning Herald, The Bulletin, Medical Observer, Australian Doctor Weekly, The Age (Melbourne), The Herald Sun (Melbourne), The Courier Mail, New Idea, Vogue Magazine, Women’s Day, Women’s Weekly. Prof Cohen’s media exposure has been recognised with five consecutive RMIT Media Star Awards and his contribution to his field was recognised by the inaugural award for leadership and collaboration from the National Institute of Complementary Medicine.

ACADEMIC RECORD:
2003 Awarded PhD in Department of Electrical and Computer Systems Engineering, Monash University. Thesis titled: “Bioenergetics, Information and Acupuncture: An Exploration of the Links between Acupuncture, Information, and Bio-electromagnetism”.
2001 Completed Certificate IV in Workplace Training and Assessment
1995 Awarded to the Fellowship of the Australian Medical Acupuncture College.
1994 Awarded PhD from the Open University for Complementary Medicine. Thesis titled: “The Application of Entropy and Information Theory to Pain and Eastern Medicine”.
1991 Graduated MB BS (with Honours) (Ranked 4th out of a class of 130).
1988 Medicina Alternativa, Colombo, Sri Lanka, completed requirements for International Diploma of Acupuncture (Dip Ac).
1985 Completed Bachelor of Medical Science Degree (with Honours) in both the Department of Physiology and the Department of Psychological Medicine at Monash University. Thesis titled: “The Aetiology of Human Disease as Exemplified by the Perinatal Conditions of Asthmatic Children”.
1991 MBBS year 6 Clinical subjects 602 High Distinction
1978-1981 Melbourne High School
HSC Subjects : Physics 95%
Biology 93% (Winner of the Biology prize)
Chemistry 89%
English 85%

RADIO APPEARANCES
Multiple radio appearances over the past 30 years including ABC Radio National and many regional stations Australia-wide.

Traditional Medicine. WHO Regional Office for the Western Pacific, 2004